The Meaningful Conversation Most Couples are NOT Having

Just because we don’t talk about something, it doesn’t mean it’s not there. In my work as a couple therapist, and as a professor who trains people to do couple therapy, I have found a relationship dynamic that often gets overlooked. We do not talk nearly enough about the impact of power on our romantic relationships.

It is understandable to feel uneasy talking about power dynamics these days, as our news cycle is filled with story after story about (mostly) men carrying out gross abuses of power against (mostly) women and girls. If you were to ask a couple, “Who has the power in your relationship?” they would most likely respond, “We both do!” Most of us pride ourselves on creating egalitarian romantic relationships, and, especially when it comes to gender, we are mostly walking the talk. Historically, traditional divisions of labor created power imbalances along gender lines by reifying a marital model of a male breadwinner and a female homemaker. The person with the paycheck had the power! Because of meaningful social change (some by choice, some by necessity), heterosexual relationships are far more egalitarian today than they were a generation or two ago. In fact, a full 40% of households (link is external)are run by a female breadwinner! And same-sex couples are even more egalitarian (link is external)than heterosexual couples when it comes to power.

…but you really should!

The definition of power is simple. Power is the ability or capacity to do something. Power is agency. Power is about your ability to have an effect on the world around you, including your partner.

Over the course of a day, there are numerous micro-exchanges of power between you and your partner. Your partner asks, “Where do you want to eat?” You reply, “Let’s go get sushi.”

Keep in Mind: These micro-exchanges of power may be just the background noise of your relationship, but to prevent painful struggles around power, proceed with awareness. If one of you tends to lead and one tends to follow, notice that and be mindful. If the leading partner feels weary of decision-making, ask the following partner to make the next plan. If the following partner feels edged out, ask the leading partner to step back to make space for shared decisions.

In all likelihood, your relationship is cross-cultural along one or more of these domains. It’s so important that you and your partner understand how cultural differences affect your relationship because these differences matter. As a culture, we have yet to figure out how to treat difference as difference. Instead we load cultural differences with privilege. So for every cultural identity variable listed above, there is a culturally-prescribed higher value/privilege/status and a culturally-prescribed lower value/privilege/status. With greater privilege and status comes greater power.

Keep in Mind: Like Albert and Rose, you and your partner probably bring cultural differences into your romantic relationship. Even with the power dynamics they bring, cultural differences are avenues for increased empathy and compassion when approached with awareness. Here are a few suggestions:

WHERE TO BEGIN: THE FOUR QUESTIONS

Power dynamics are inevitable in a romantic relationship, but problems arise when:

If you are curious about unpacking the power dynamics that are at work in your relationship, start by talking with your partner about these four questions, which are based on the work of Dr. Carmen Knudson-Martin and Dr. Anne Rankin Mahoney (2009):

It’s time to talk about how power dynamics shape the space between you and your partner. Be curious enough and flexible enough to figure out what works for both of you! 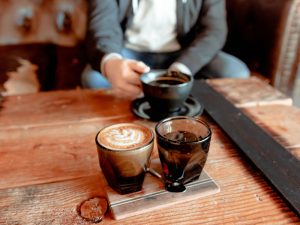 Using Taking Sexy Back to Guide Your Work with Clients 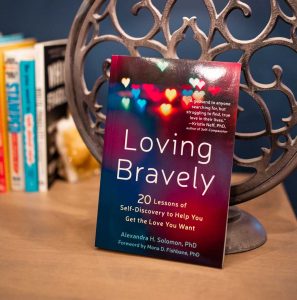 Using the Loving Bravely Book to Guide Your Work with Clients 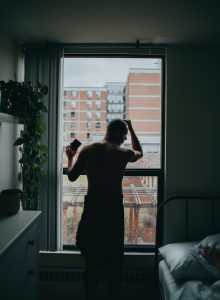 Once a Cheater, Always a Cheater? How to Tell if the Person You’re Dating May be a Perpetual Cheater